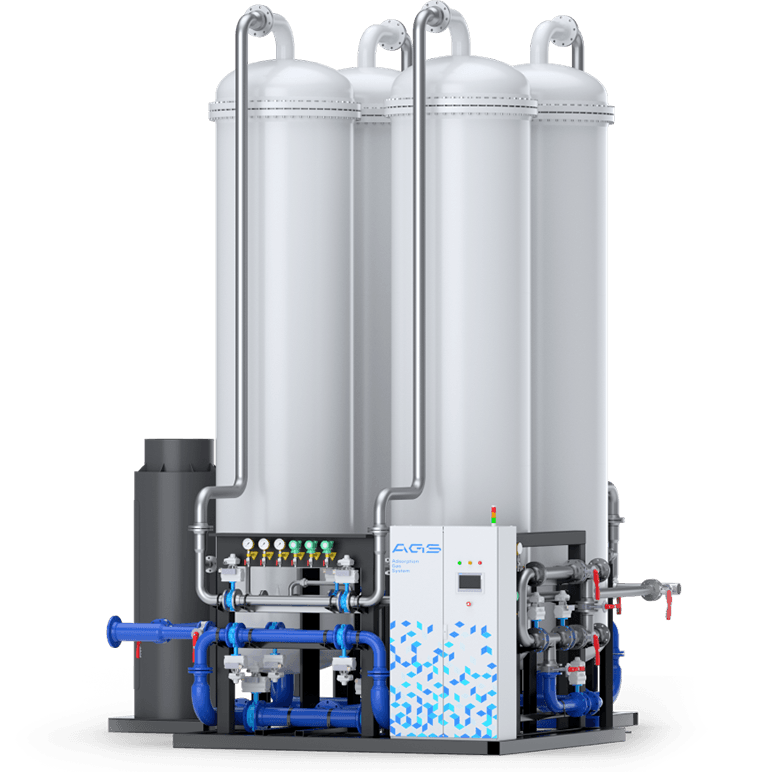 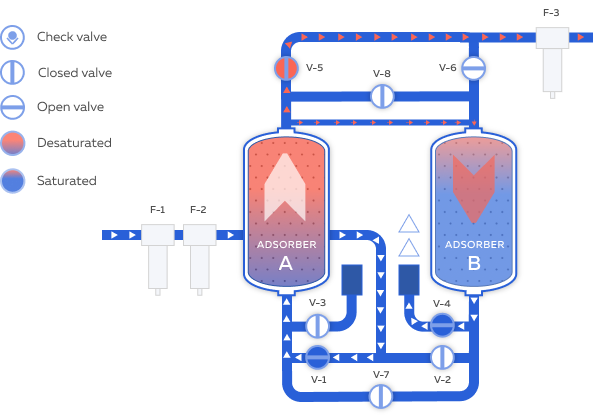 The principle of operation of the SCA oxygen station

Short-cycle adsorption in oxygen stations is an air separation technology based on the use of synthetic zeolite. To obtain gaseous oxygen, granular zeolite is used, which has a special porous structure. When compressed air passes through a zeolite under a certain pressure due to the difference in the charge of oxygen and nitrogen molecules, the adsorbent retains nitrogen and water molecules on its surface, allowing oxygen to pass on. Thus, compressed air passing through the adsorption layer of the zeolite is saturated with oxygen with a maximum concentration of 95.5%.

The lowest operating costs for the production of oxygen with a purity of up to 95.5% compared with other air separation technologies.

Reliability and durability - in the AGS adsorption units, components of leading world manufacturers are used.

Work of the generator without major repairs for more than 10 years. 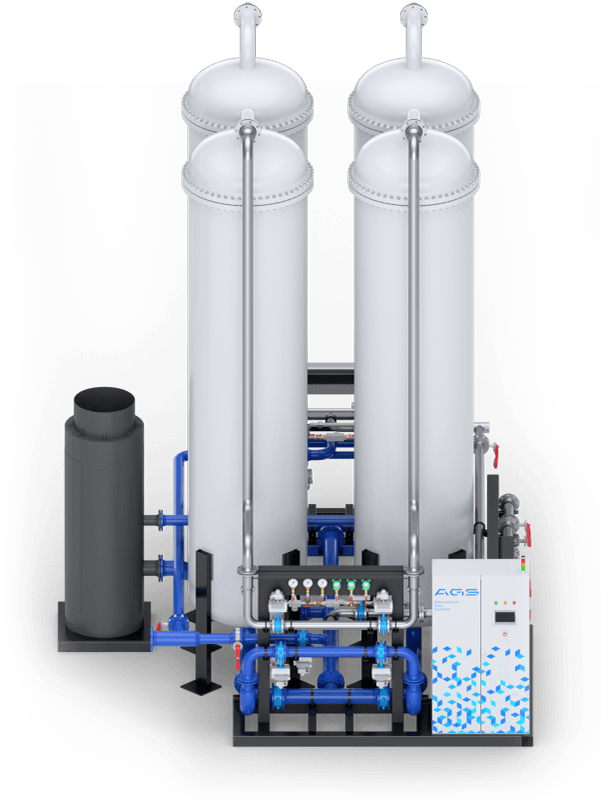 Spiral Compressor compresses atmospheric air and feeds it into an oxygen generator. Most often for nitrogen stations a compressor with a maximum pressure of 10 bar is used.
Buffer Air Receiver Is necessary to equalize pressure fluctuations before air is supplied to the oxygen generator.
Adsorption Oxygen Generator This is an air separation unit using short-cycle adsorption technology
Compressed Air Desiccant Is necessary to remove moisture from compressed air. In a nitrogen station, depending on the requirements for the quality of production nitrogen, either a refrigeration desiccant with a dew point of +3 ° C or an adsorption one with a dew point of up to -70 ° C can be used.
Filtration System Is necessary to remove residual moisture, oil and particulate matter after the compressor.
Cumulative Receiver of Nitrogen Is necessary to equalize pressure surges after the generator, as well as to create a supply of nitrogen.
Additional Options Which We Provide 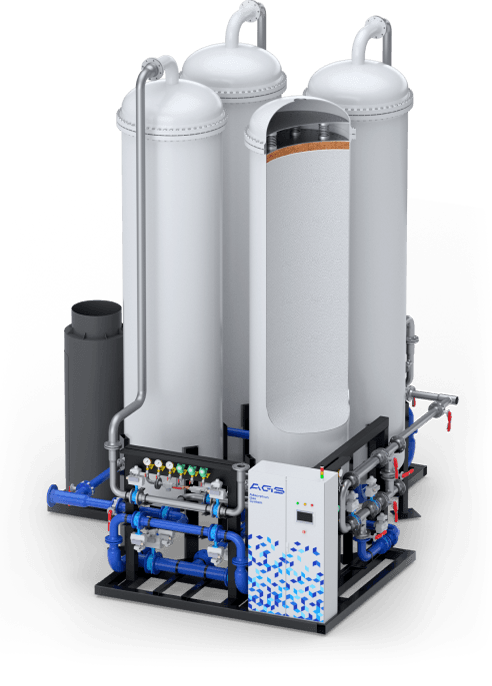 1. Management and automation system is built on the basis of Siemens controllers with a local operator Touch-screen panel.

3. The module set concentration to prevent the ingress of substandard nitrogen to the consumer.

5. Adsorbers made specifically for cyclic loads. The internal structure of the adsorbers is specially designed to improve station performance.

All models of generators can be mounted on one frame for quick installation in any heated room. In this case, the equipment is in full technical readiness for launch.

We produce oxygen and pure nitrogen generators in container design on the basis of a 20 or 40-foot sea container, in any climatic modification: both for the tropical climate and for the far north. 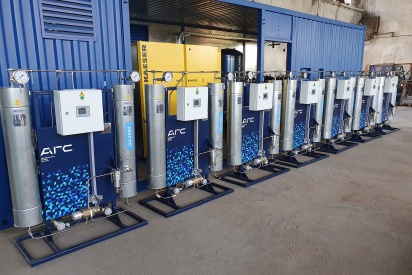 +7 (495) 532-86-40 Phone
info@agse.ru Email
Submit your inquiry
If you are interested in our equipment and you want to receive detailed information

Order a call back

Please, leave an inquiry for estimating the cost of the project and we shall contact you to clarify the details